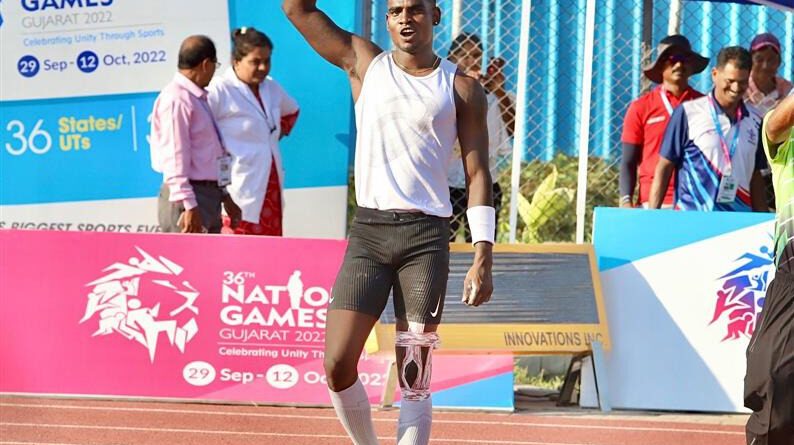 It was an emotional day for Siva Subramaniam at the IIT campus here. The 26-year-old won the men’s pole vault gold at the National Games, and not only did he better his own national record but also broke the long-standing games record.

After a four-year wait, Siva finally bettered his national record of 5.30 metres with a jump of 5.31m. He also broke the National Games record, which had stood for 35 years. 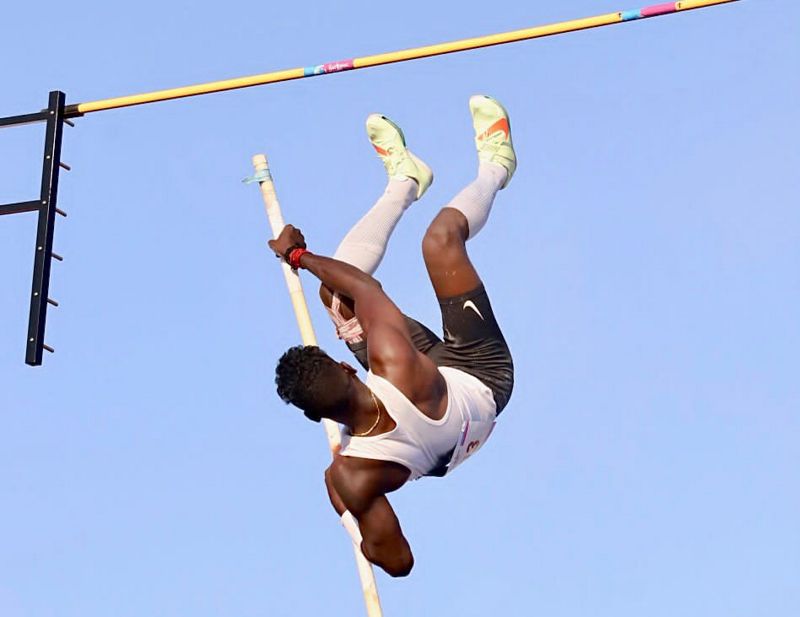 The games record of 5.10m set by Vijaypal Singh at the Thiruvananthapuram Games in 1987 was easily shattered when Siva cleared 5.22m. Breaking his own national record was Siva’s next target. But it was easier said than done. He failed in his first attempt but cleared 5.31m in his next to finally get the monkey off his back. “It took me four years to clear my own record,” said a relieved Siva.

Next he set the bar at 5.41m but could not clear it. “I just could not do it today. I do not know whether it was down to the heat but somehow the jump did not feel right to me,” Siva said.

The feat held a greater meaning for Siva, who dedicated his medal to his late coach Don Wilcox. Wilcox passed away during the Covid pandemic.

“This medal is for my late coach. I am very happy and I dedicate this to coach Wilcox,” Siva said.

Wilcox’s death almost broke Siva. He lost his focus and drive. “We were very close and when I lost him, I lost everything,” he added.

Interestingly, Siva had first met Wilcox outside a church in Chennai. He requested Wilcox, who ran an established academy, to coach him. Wilcox agreed and trained Siva at the Nehru Stadium in Chennai.

Now, Siva trains under Wilcox’s son Gerald, who is a silver medallist from the 2005 Deaflympics in Melbourne. “Gerald mostly trains me with gestures,” Siva said. “It works for me as coaches usually only use gestures from the sidelines to tell us what we are doing wrong during competitions. I can understand him, and he reads my lips,” he added.