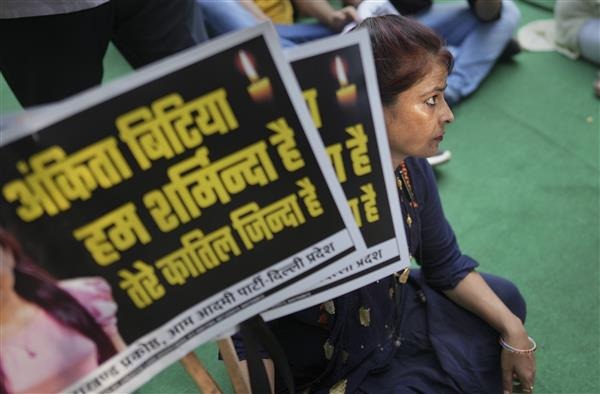 Rumours are rife in Uttarakhand about the identity of the “VIP” whom Ankita Bhandari was under pressure to offer “special services”.

Vanantara resort where Ankita Bhandari worked as a receptionist – owned by Pulkit Arya, son of local BJP leader Vinod Arya, in Pauri district’s Yamkeshwar block had a ‘presidential suite’ meant for VIP guests, said DIG P Renuka Devi, who is heading the SIT to look into the murder case.

After interrogating the staff working at the resort, it was found that there is a different category of rooms in the resort, referred to as top-class rooms and those who stay in those rooms are generally called ‘VIPs’. Ankita Bhandari’s friends have also been questioned and their statements recorded.

In a video tweeted by NBT Uttar Pradesh, an eyewitness in the Ankita Bhandari murder case has come to the fore.

Nineteen-year-old Ankita went missing for at least six days before the Uttarakhand administration traced her body to the Chilla canal in Rishikesh on September 24.

Pulkit Arya was arrested in the case for allegedly pushing her into the canal following an altercation.