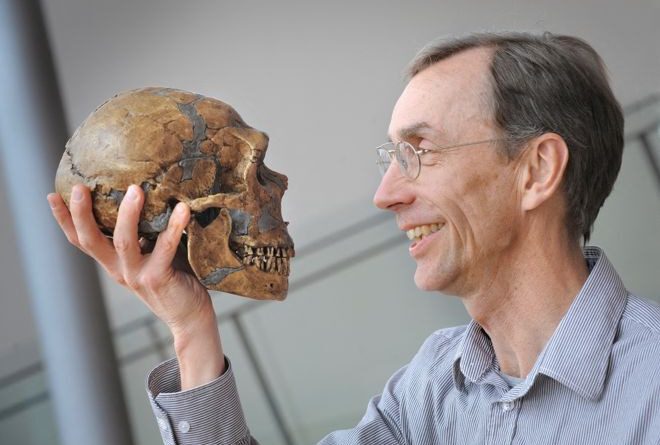 Swedish geneticist Svante Paabo won the 2022 Nobel Prize in Physiology or Medicine on Monday for discoveries that underpin our understanding of how modern-day humans evolved from extinct ancestors. Paabo, director at the Max Planck Institute for Evolutionary Anthropology in Leipzig, Germany, won the prize for “discoveries concerning the genomes of extinct hominins and human evolution,” the award committee said. Paabo was “overwhelmed” and “very happy”, said Thomas Perlmann, secretary for the Nobel Committee for Physiology or Medicine, after calling the scientist with the news.

Paabo (67) said he thought the call from Sweden had something to do with his summer house there.

“I was just gulping down the last cup of tea to go and pick up my daughter at her nanny where she has had an overnight stay,” Paabo said in an audio recording posted on the Nobel website. “And then I got this call from Sweden and I thought it had something to do with our little summer house in Sweden … I thought the lawn mower had broken down or something.”

Asked if he thought he would get the award, he said: “No, I have received a couple of prizes before but I somehow did not think that this really would qualify for a Nobel Prize.” Paabo, son of a Nobel Prize-winning biochemist, has been credited with transforming the study of human origins after developing ways to allow for the examination of DNA sequences from archaeological and paleontological remains reaching back to the dawn of human history.

Not only did he help uncover the existence of a previously unknown human species called the Denisovans, from a 40,000-year-old fragment of a finger bone discovered in Siberia, his crowning achievement is considered to be the methods developed to allow for the sequencing of an entire Neanderthal genome.

“This ancient flow of genes to present-day humans has physiological relevance today, for example affecting how our immune system reacts to infections,” the Nobel Committee said in a statement on Monday. The prize, among the most prestigious in the scientific world, is awarded by the Nobel Assembly of Sweden’s Karolinska Institute and is worth 10 million Swedish crowns ($900,357). It is the first of this year’s batch of prizes. Born in Stockholm, Paabo studied medicine and biochemistry at Uppsala University before creating a scientific discipline called “paleogenomics”, which helped shed light on the genetic differences. — Agencies