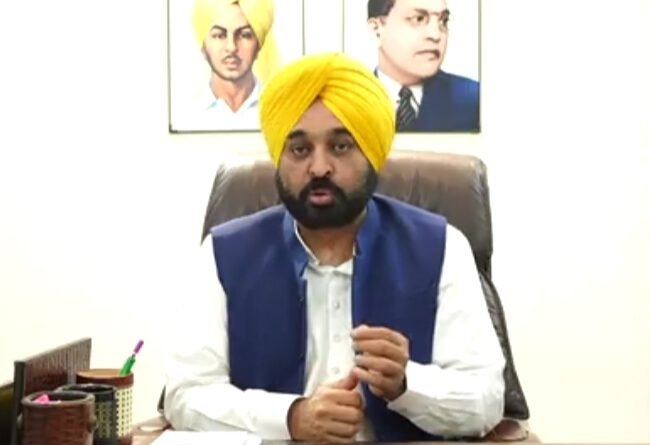 Raising concern on peace of Punjab by previous rulers is like Taliban advocating for peace: CM Mann

Punjab E News:  The Chief Minister Bhagwant Mann on Wednesday launched a feisty attack on the previous government leaders and said that those patronised criminals during their regime are now raising questions about the peace and harmony of the state. He said that it is like Taliban is advocating for peace.

“Under their regime the jails break incidents occurred.. In order to save the daughter’s honour, the police officer was shot in the market and they stepped on them and raised slogans in favor of their boss. They patronised gangsters and now, they question peace and harmony of the state. It is just like the Taliban take out a candle march and advocate the peace, ” Chief Minister wrote in a tweet in Punjabi.

The Chief Minister said that the state government is firmly committed to maintaining a law and order situation in Punjab and any anti-social element will not be allowed to disturb the hard-earned peace and communal harmony of the state at any cost.

He said that a few unfortunate incidents were occurred in the state but still the law and order is intact in the Punjab under AAP government.

“The crime rate is extremely low in Punjab as compared to the Uttar Pradesh, Bihar and other states of the country but still we are taking precautionary measures like cracking down on gun-culture and reviewing gun licence issued recklessly by the previous governments so that the law and order situation remains intact,” the Chief Minister said.