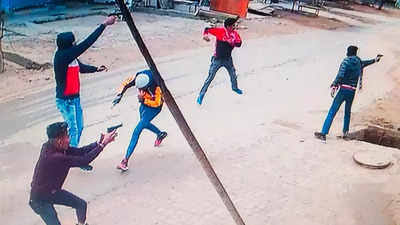 Chandigarh: The Faridkot district police have arrested Haryana-based shooter Raj Hooda from Jaipur with the help of special cell in connection with the murder of Kotkapura-based Dera follower Pradeep Singh Kataria.

Now all the six shooters have been arrested in this case. Shooter Raj Hooda sustained bullet injuries during a police encounter in Jaipur on Sunday, following which he was admitted to the hospital in a critical condition. Raj Hooda is a shooter of Haryana Module and hails from Rohtak.