Chandigarh: After gruesome murder of singer Sidhu Moosewala and many other day light crimes, the newly formed Aam Aadmi Party government was under immense pressure of the opposition and it than handed over the reins of the state police department to efficient 1992-batch IPS Gaurav Yadav in July this year. 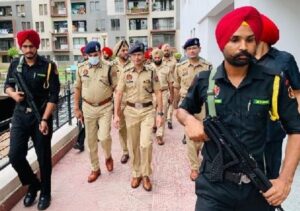 Assuming charge as officiating director general of police (DGP) of Punjab after replacing DGP Viresh Kumar Bhawra, a counter-intelligence expert Yadav has crack down heavily on gangster and mafia to improve the law and order situation in the state.
Ever since, he headed the Punjab Police, there has been an aggressive drive going on to nab notorious criminals or neutralise the dreadful criminals in the state. 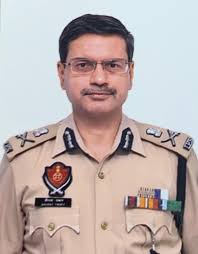 Earlier, Yadav was chosen by AAP government for the post ignoring seniority of 1987-batch and now special DGP (Intelligence) Prabodh Kumar, special DGP railways Sanjeev Kalra (1989 batch). He had also served as the intelligence wing chief during the SAD-BJP regime in 2016.