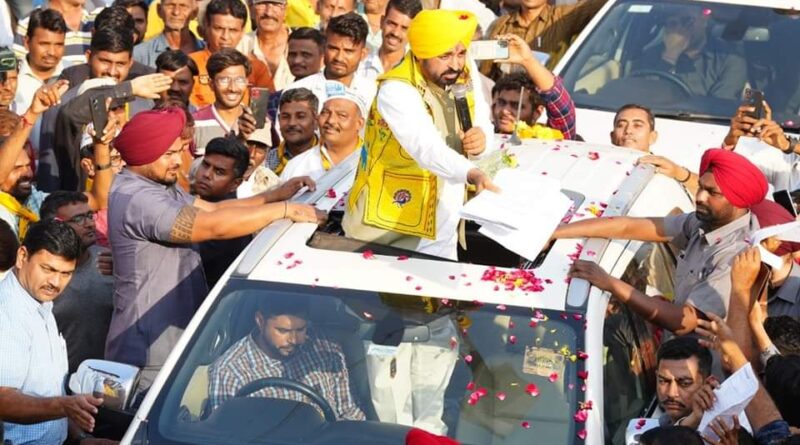 Chandigarh: Punjab Chief Minister Bhagwant Mann on Tuesday asserted that the Aam Aadmi Party (AAP) will form a government with a huge majority in Gujarat when the results of the Assembly elections to be declared on December 8. 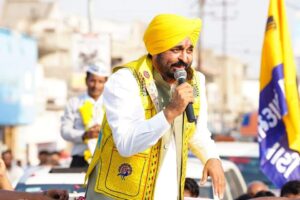 Addressing massive gatherings in different road shows today including at Limbdi, Botad, Surender Nagar, Dasada, Viramgam and Botad, the Chief Minister Mann said that this time people of Gujarat will vote to bring a change in the system. They will not decide the fate of contesting politicians, but their own selves. 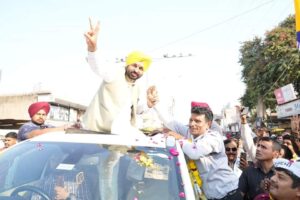 Lashing out at the ruling BJP government, CM Mann said that despite ruling the state for the past 27 years, Gujarat’s people are still deprived of basic facilities including good education and health facilities. Youths are unemployed and inflations are incessantly rising in the state but BJP did nothing to improve the situation and their leaders remained focused to fill their own coffers only. Now, the time has come and people of the state will teach a lesson to these corrupt people and common people will collapse the political fortress of the BJP.
He said that Congress and BJP leaders have looted the money of the country far more mercilessly than even what the Britishers had done. However, after forming the government in the state, AAP will work dedicatedly for the inclusive development of Gujarat under the leadership of party supremo Arvind Kejriwal, Mann added.