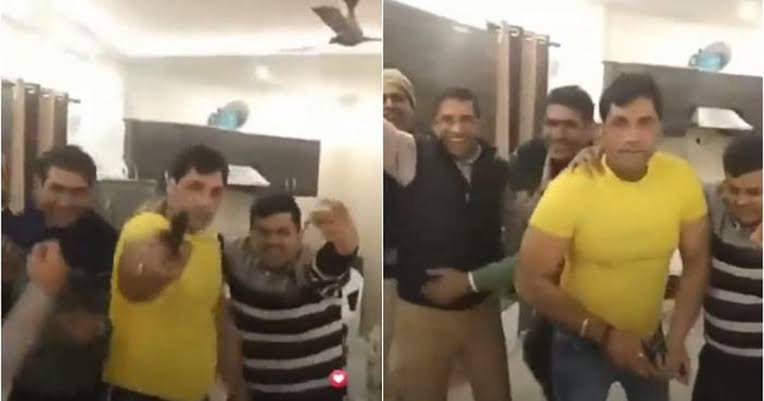 On November 29, 2022, a video of Bunty, wearing a yellow T-shirt, was seen taking out a revolver from his pants and waving it while dancing. He was also seen pointing a revolver towards the camera.
After the video came to light, a case was registered against him under the Arms Act at Swaroop Nagar police station in Delhi. He is the Aam Aadmi Party candidate from ward number 19 Swaroop Nagar in the MCD elections. The police will now investigate when this video was made.
In the video, some people were seen dancing to the songs. The accused, Bunty, wearing a yellow T-shirt, was also seen dancing, police said.