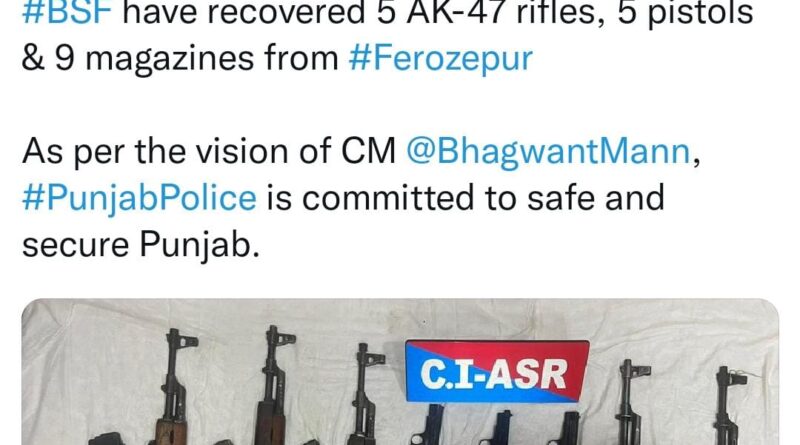 Chandigarh: DGP Gaurav Yadav said in a tweet on Wednesday that Punjab Police in a joint operation with BSF has seized five AK-47 rifles, five pistols and nine magazines from Ferozepur. Along with this, 13 kg of heroin has also been seized.

“In the follow up of 13 kg #Heroin seizure @PunjabPoliceIndia, in a joint operation with #BSF have recovered 5 AK-47 rifles, 5 pistols & 9 magazines from #Ferozepur. As per the vision of CM @BhagwantMann, #PunjabPolice is committed to safe and secure Punjab,” Punjab DGP said.