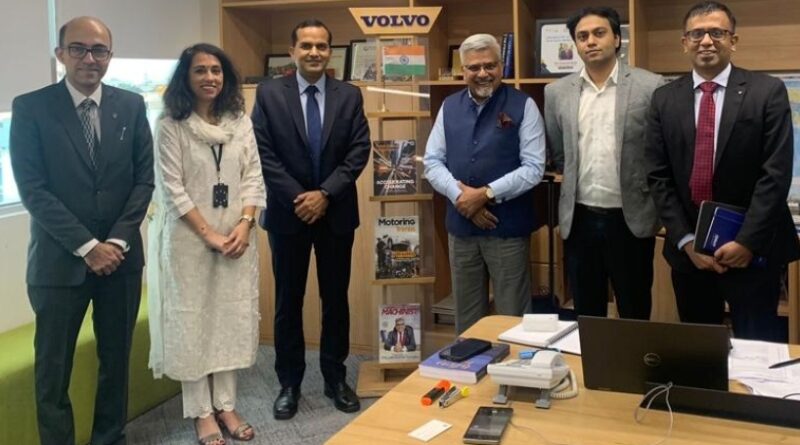 Punjab E News: As per the vision of the Chief Minister Bhagwant Mann and Investment Promotion Minister Ms Anmol Gagan Maan to make Punjab an economic powerhouse, a delegation from Invest Punjab (Punjab Bureau of Investment Promotion), led by CEO Invest Punjab – Mr. Kamal Kishor Yadav, had embarked on a series of engagements in Bengaluru to promote Punjab as a preferred investment destination and woo global and national investments into the State.

Invest Punjab was invited by firms like TATA Hitachi, Volvo India, HAL, Kurl -on, Manipal Global Education, IN-SPACe (Arm of ISRO), Decathlon India, Narayana Health to name a few among other major organizations based in Bengaluru. During multiple one-on-one interactions with industry at their respective premises , discussions were held with various industry leaders across sectors. The discussions ranged from potential investments to skill development to creating infrastructure for industry to marketing/positioning of the State to differentiate Punjab from other states of the country.

The Manipal Group president, Mr. Gopal Devanahalli expressed the desire of Manipal group to help the state in the skilling of the youth to make them industry ready. Mr. Devanahalli also emphasized that Manipal group would always be interested in investing in health and education sector-based start-ups from Punjab to boost the start-up economy of the state.

IN-SPACe (Space promotion arm of ISRO) expressed their desire for helping Punjab based start-ups in the space sector by mentoring them. The Punjab Government delegation also explored possibilities of potential collaboration with IN-SPACe in setting up of a space park in the state.

Dr. Devi Shetty of Narayana Health and Invest Punjab delegation discussed in length about how Punjab is hub of Medical Tourism for nearby states. The delegation also explored possibilities of capital investments from Narayana Health in the State of Punjab.

Decathlon group and the Invest Punjab delegation held detailed discussions on the Sports Goods manufacturing ecosystem in the state. Mr. Kamal Kishor Yadav, CEO Invest Punjab said that the incentives and other non-fiscal benefits offered by the State make Punjab an ideal destination for industry like Decathlon to produce sports goods in Punjab.

Miss Jyothi Pradhan, CEO Kurl-on India highlighted the market potential of home comfort and furnishing segment in India and discussed about the potential expansion of manufacturing operations in Punjab.

Mr. Kamal Bali, MD Volvo India, shared his vison of how Punjab should position itself to potential investors across sectors. He advised the government delegation to focus on creating R&D hubs in the city of Mohali and other tier-1 towns in the state. These R&D Centres could be focused on Technology, Mobility, Energy and other sectors.

Mr. Sri Krishna, Executive Director at HAL Bengaluru, discussed with the delegation the possibilities of increasing the sourcing opportunities in Punjab. HAL already sources a lot of their raw materials from multiple vendors in Punjab.

Mr. Sandeep Singh, MD TATA Hitachi discussed about the impact the IT sector and Tourism can have on the State. The employability factor of these sectors is very high, and he expressed his desire to collaborate with the State Government in all possible ways to get more IT investments into Punjab.

Round-table discussions were also held with new age companies. CEO of Garuda Aerospace, Mr. Agnishwar Jayaprakash spoke at length on the tremendous market potential drones have for different sectors of industry and the important role their firm plays in government projects across the country. He expressed his desire to start manufacturing operations in the State, for which he was assured all possible help from the Government of Punjab.

The delegation also interacted( round table discussions)  with other global and national companies like Flipkart, Amazon, Wipro GE, Schneider Electric IT, Team Lease, Goldman Sachs, Rapido, JP Morgan, ITC, HCL, Mindtree, Rosenberger, Enercon Wind Energy, Krones, Gerb, Freudenberg, Starrag India & Arjas Steel about various possible areas of strength and the advantages Punjab has for becoming an IT and manufacturing hub for companies from overseas as well as those based in other parts of India.

Mr. Kamal Kishor Yadav, CEO Invest Punjab extended a warm welcome to all the leading industrialists during the visit and invited them to attend the Progressive Punjab Investors’ Summit scheduled for 23rd and 24th of February 2023. He also asked them to consider Punjab as a potential investment destination with assurance of all possible support from the State government.

Mr. Kamal Kishor Yadav said that industry-friendly policies of the Punjab Government have attracted investment worth Rs 27,000 crores in the State from March 2022 to October 2022. The influx of new industries and start-ups is expected to create 125,000 job opportunities in Punjab. Mr. Kamal Kishor Yadav welcomed all industrialists to invest in Punjab, especially in the IT and Manufacturing sectors as Punjab has adequate infrastructure, skilful workforce and peaceful social climate which are conducive for businesses to thrive. The State has long been known as the Food Bowl of India and leading MNCs like Nestle, Danone, Pepsico, Coca-Cola, Unilever, Godrej Tyson, Schreiber, Del Monte etc. have business operations in Punjab and the state now wants to attract investments in other sectors also like IT and Manufacturing to grow and become an important part of rapidly evolving global supply chains in all sectors.

Punjab Government is working towards providing a seamless experience for the new industries and investors setting up their businesses in Punjab. The  simplification of processes such as single window system of Punjab Bureau of Investment Promotion and time-bound incentives have been paramount in attracting entrepreneurs and corporates alike.