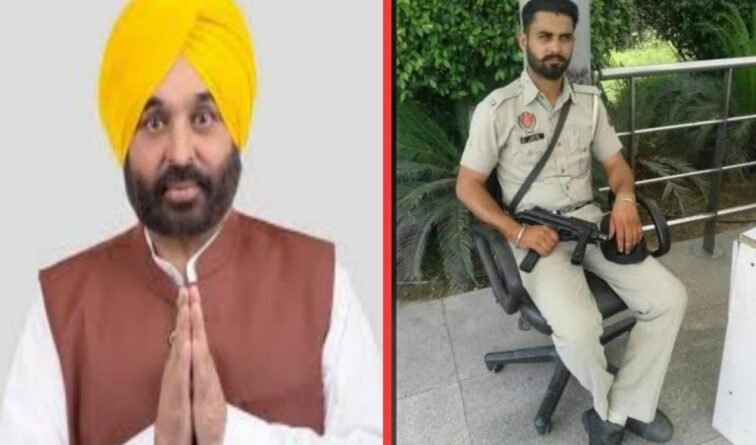 Crime Punjab
December 8, 2022 punjabenews announced Rs 2 crore to the family of martyr as a mark of respect, death of Punjab Police Constable Mandeep Singh, Punjab Chief Minister Bhagwant Mann, Rs 1 crore will be made by the HDFC bank, supreme sacrifice for country

Chandigarh: Condoling the death of Punjab Police Constable Mandeep Singh who attained martyrdom in line of duty on Thursday, the Punjab Chief Minister Bhagwant Mann today announced Rs 2 crore to the family of martyr as a mark of respect for his supreme sacrifice for country.

The Chief Minister said that Constable Mandeep Singh had attained martyrdom while performing his duty at Nakodar. He said that out of this Rs 2 crore, Rs 1 crore will be given as ex-gratia by state government whereas another payment of insurance cover worth Rs 1 crore will be made by the HDFC bank. Bhagwant Mann said that this initiative is in recognition of the immense contribution of this son of soil towards maintaining law and order in the state.

Meanwhile, the Chief Minister said that the state government is duty bound to help the families of the soldiers who sacrifice their life at the altar of motherland. He said that financial assistance to family of martyr Mandeep Singh is in consonance with the commitment of the state government to ensure the well being of the soldiers (from Armed forces, paramilitary and Police) and their families. He hoped that this humble initiative by the state will go a long way in helping the aggrieved family on one hand and securing their future on the other.