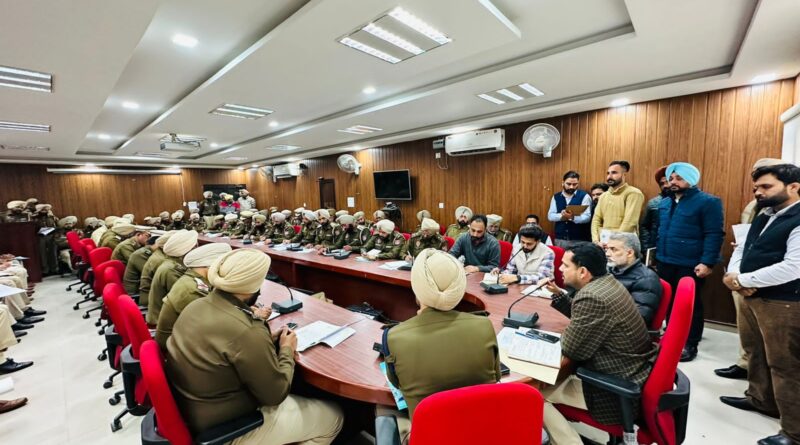 Chandigarh: On the directions of Punjab Finance, Excise and Taxation Minister Advocate Harpal Cheema, a meeting of Excise officials of Punjab Police was conducted on Wednesday by AIG Excise and Taxation Gurjot Singh Kaler to further boost the joint operations of Excise department and Punjab Police against illicit liquor trade besides creating awareness among the general public against this menace. 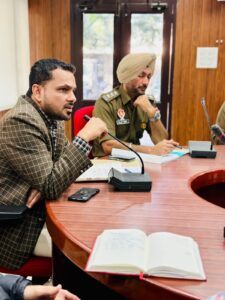 Revealing this here today, Mr. Gurjot Singh Kaler said that discussions were held during the meeting to further sensitise the Excise Police force about the seriousness of ongoing excise issues, improve the coordination between the Police and the Excise officials, speed up the ongoing investigations and make excise police hi-tech to meet new challenges besides issuing necessary instructions to the concerned officials as per the guidelines received from Excise Commissioner Mr. Varun Roojam. 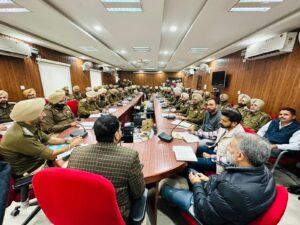 Disclosing further, Mr. Kaler said that during the meetings instructions have been issued that Excise Police should not carry out a raid without accompanying an employee or officer of the Excise Department, on the pattern of District Police all Excise Police incharges shall post a duty officer above the rank of Head Constable daily for 24 hours and record his entry in the diary and four to five policemen shall always be present in the office for emergency duty. He said that the excise police officials have been asked to share information regarding any major update in high profile cases immediately with the headquarter.

Stressing on the need to sensitise the common people against the illicit liquor trade for realizing the Rangla Punjab mission of the Chief Minister Bhagwant Mann led Punjab Government, Mr. Kaler said that the Excise Department and the Excise Police would soon launch an awareness campaign against it.