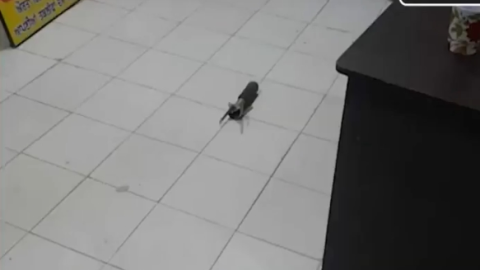 Chandigarh: The police station Sarhali was attacked with a launcher last night. Unidentified assailants targeted the police station building with a rocket launcher from the National Highway. This is the second time in Punjab that police have been targeted using RPG.

The attack took place at the Saanjh Kendra adjacent to Sarhali police station in Tarn Taran. It is being told that there was no loss of life but the glass panes of the Saanjh Kendra were broken.
Security agencies say it’s a terrorist attack. The investigation is underway.