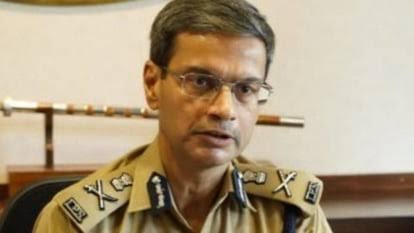 Punjab E News: Creating a strong law and order and crime-free environment in Punjab continues to be a challenge for the AAP government and the police.

DGP Punjab Gaurav Yadav held a review meeting on law and order with high-ranking officials of the police department during the day on December 9, but the terrorists challenged them by attacking the Saanjh Kendra RPG built along the Sarhali police station in Tarn Taran at night.
In Punjab, terrorists and gangsters carry out crimes by hiding and telling the police, but due to the lack of quick reaction of the Punjab Police, criminals are fleeing. They were associated with video conferencing.
DGP Punjab Gaurav Yadav held a law and order review meeting with all CPs, ranges, IGP/DIG and SSP including STF Chief, ADGP Intelligence Security through video conferencing (VC) on December 9.
During this time, orders were given along with reviewing the police efforts to make Punjab safe, happy and crime free. He had shared this information by tweeting, but the terrorists have raised a question mark on the preparations of the police by carrying out the incident immediately after.