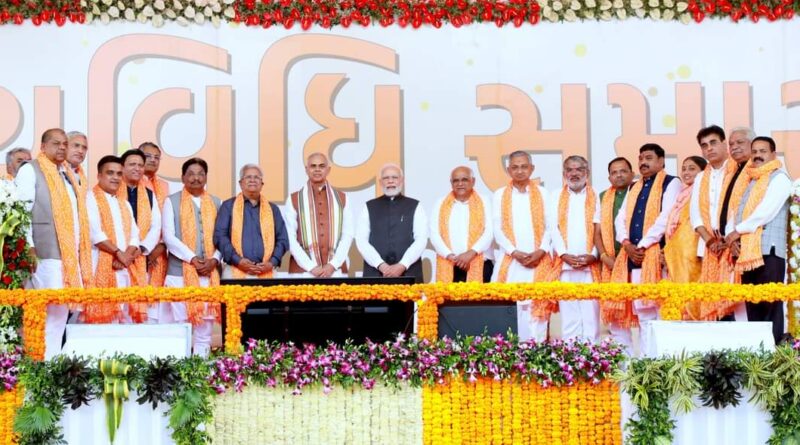 New Delhi: Bharatiya Janata Party (BJP) leader Bhupendra Patel was today sworn in as the Chief Minister of Gujarat for a second term in the presence of Prime Minister Narendra Modi, Union Minister Amit Shah and others. Governor Acharya Devvrat administered the oath of office to Bhupendra Patel as the 18th Chief Minister of the state at a ceremony held at helipad ground near the new secretariat in Gandhinagar.

In the recently concluded Gujarat Assembly elections, the BJP won a record 156 seats out of 182. This is bjp’s seventh consecutive victory in Gujarat assembly elections
The Congress has won 17 seats and the Aam Aadmi Party (AAP) has won five seats. Patel, 60, resigned on Friday along with his entire cabinet to pave the way for the formation of a new government in the state. He was elected leader of the BJP legislature party on Saturday, after which he met the Governor and staked claim to form the next government. Patel defeated his rival by a margin of 1.92 lakh votes in Ghatlodia seat.