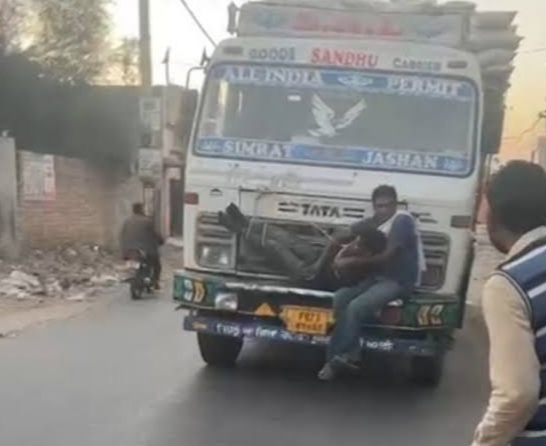 Punjab E News: Accusing him of stealing two bundles of wheat from the truck, the truck driver first tied the alleged thief in front of his truck and paraded him around the city and handed him over to the police.