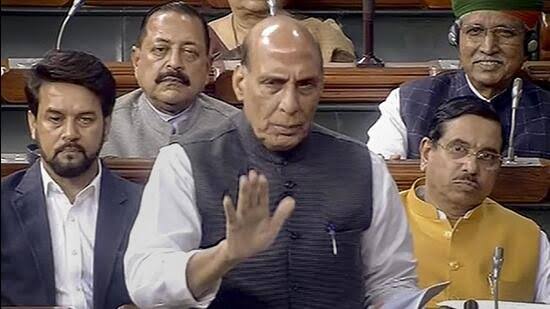 New Delhi: Defence Minister Rajnath Singh said in the Lok Sabha today that Chinese troops tried to change the situation in the Tawang sector, to which the Indian troops gave a befitting reply and chased them away. “Our soldiers are ready to face any situation on the borders of the country.”

It is hoped that parliament will unitedly support the bravery of the soldiers. On December 9, there was a clash between Indian and Chinese troops near the Line of Actual Control in the Tawang sector, in which “some soldiers from both sides suffered minor injuries”. ’