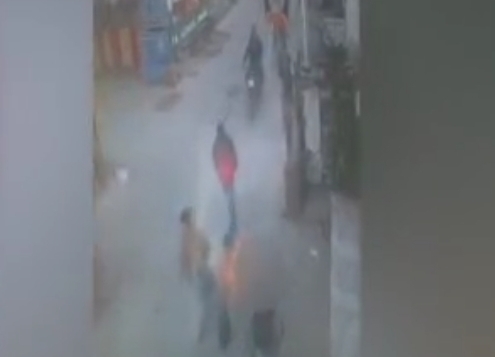 New Delhi: An incident of acid thrown on a schoolgirl in the country’s capital Delhi came to light on Wednesday. The incident took place in Dwarka area where the 17-year-old girl was standing on the roadside when two bike-borne boys threw acid and fled from the spot. The girl reached her family members screaming, after which she was admitted to the hospital. Girl’s condition is said to be stable at this time.

At the same time, the police have taken action in the case and detained three accused. The police will present the three accused in court today.
Giving information on the case, the police said that the main accused in this whole case is Sachin Arora. Sachin took the help of his two friends Harshit and Virendra Singh to carry out this incident. Main accused was former boyfriend of the victim and he took this step after she broke with him, police said.