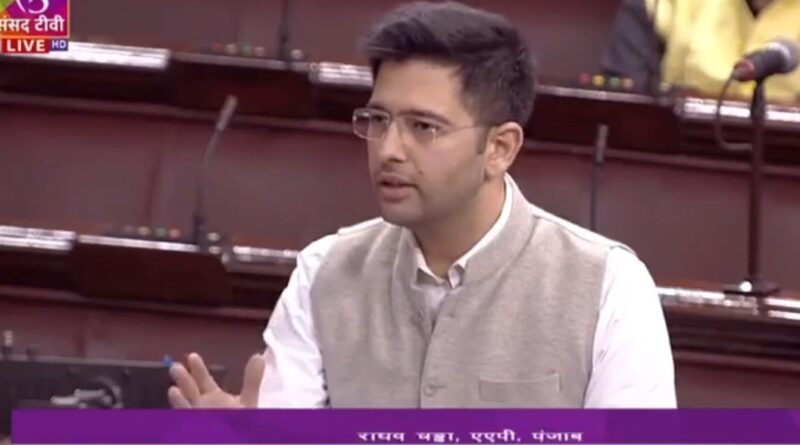 Punjab E News: Aam Aadmi Party (AAP) leader and Rajya Sabha Member from Punjab Raghav Chadha on Thursday raised an imperative issue in Parliament and said that many news channels are holding provocative debates to incite sentiments every evening. He asked the Information and Broadcasting Minister what action the central government has initiated so far against these channels and their anchors for inciting sentiments.

Rajya Sabha Member Raghav Chadha said that Rajya Sabha Deputy Chairman Harivansh Narayan Singh himself has been a journalist and knows the importance of news very well. He further said that in this country news has become noise pollution. Most of the channels work to spread mental pollution by having inflammatory debates from 5 pm to 11 pm.
Chadha questioned the central government through the deputy chairman whether the central government is taking any action against the provocative news channels and anchors who spread mental pollution. If so, what action has been taken? He asked whether the government is coming up with any policy against these provocative channels or regarding these matters.
Information and Broadcasting Minister Anurag Thakur ducked MP Chadha’s imperative questions saying that there is already a 3-tier grievance redressal system. If someone sends their complaint on it then it is redressed but currently no such complaint has been received from anyone.