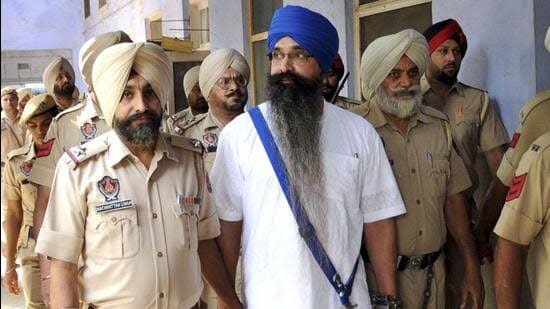 PunjabENews: : The District Court of Chandigarh had issued directions to produce Jagtar Singh Hawara in a case, but now Hawara will not be present in the district court. Jagtar Singh Hawara’s appearance was ordered in the nearly 35-year-old case.

According to the latest information, Jagtar Singh Hawara will not be produced in the court. In this regard, the public prosecutor gave information in the court. Hawara is not being produced for security reasons. The public prosecutor says that the trial should be started through video conferencing of Jagtar Singh Hawara.
Hawara’s lawyers had said that all the cases against Hawara in Tihar Jail have ended, so he should be shifted from Tihar to Burail Jail in Chandigarh so that the trial against him can be done.
On the other hand, anti-terrorist front India Hawara is being opposed to shifting from Delhi to Chandigarh. He says that if Hawara is taken to Punjab, then the situation in Punjab can worsen. It has also been argued that Hawara be produced before the court through video conferencing. An application in this regard will also be filed in the district court today.