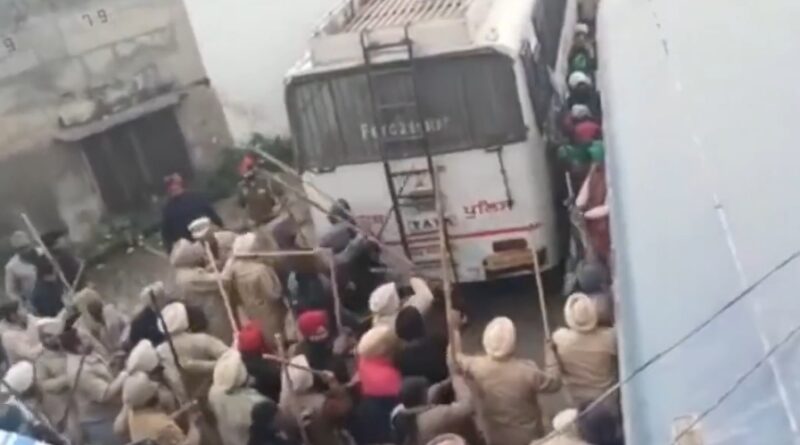 www.punjabenews.com: The farmers’ organisations and the police face to face after authorities forced them to lift the sit-in from the Zira liquor factory. The police tried to stop the farmers away from the barricades but the farmers remained adamant on moving forward.