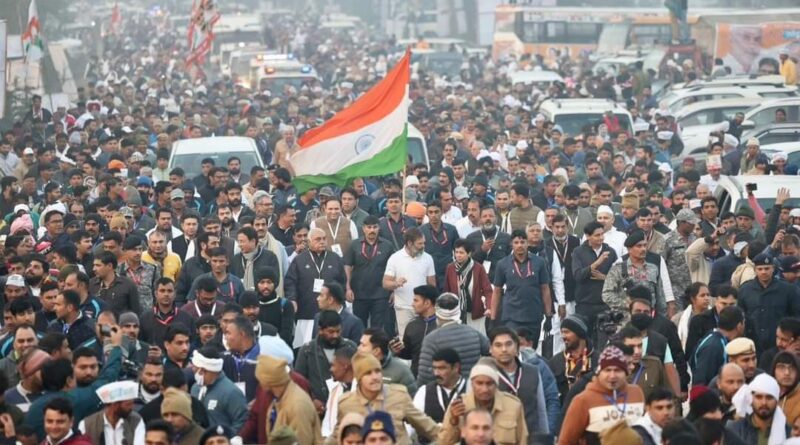 www.punjabenews.com: As the ‘Bharat Jodo Yatra’ of the Congress entered Haryana today, party leader Rahul Gandhi hit out at the BJP, saying the fight today is between two ideologies. One, which benefits selected people, while the other is the voice of farmers and labourers. 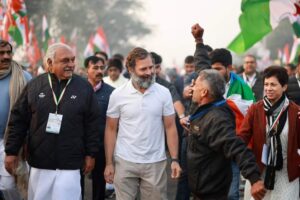 The yatra, led by Gandhi, travelled from Rajasthan to Haryana, where he said inflation and unemployment were the biggest issues affecting the country.