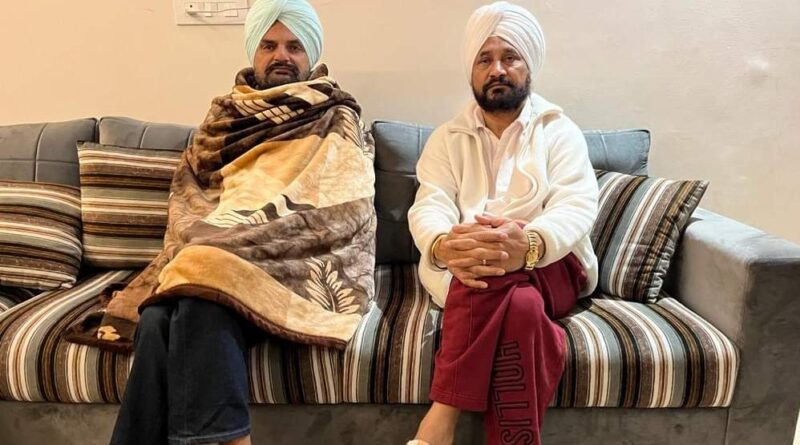 www.punjabenews.com: After returning from abroad, former chief minister Charanjit Singh has met parents of slain Sidhu Moosewala and also spent night with them at their house on Tuesday night.

Sharing a photo with Sidhu’s father Balkaur Singh, he wrote a caption on social media that spent the night at Village Moosa with Sidhu Moosewala’s parents.
People are sharing his post on the social media and appreciating Channi for meeting late singer’s parents and expressing his condolences.
One of the users called Channi a great personality and said he always stood to help people.
Another user slammed Aam Aadmi Party and urged Channi to take up matter and ensure justice to Moosewala.
A user wrote a fearless chief minister who had even stood against Narendra Modi.