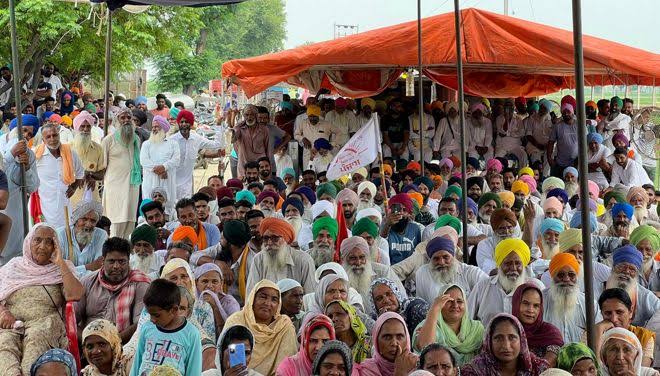 Chandigarh: The Punjab and Haryana High Court today heard the issue of farmers and locals sitting on a dharna in front of the Zira liquor factory. During this time, there was an argument between the lawyers of the three parties. “We have invited the factory owner and the family to stay with us for a week and drink water. The sarpanch’s counsel said that this is the first time that the Punjab government has formed the committees.

We are satisfied with this.”
The high court observed that there was nothing on record that the water there was only contaminated with the factory. The water here can be contaminated due to pesticides, stubble burning or many other reasons. The high court asked how to close down the factory when there is no one proof against it.
The High Court is also very concerned about this situation. The sarpanch’s lawyer said that we do not need to prove anything. Now even the government believes that the water is contaminated.