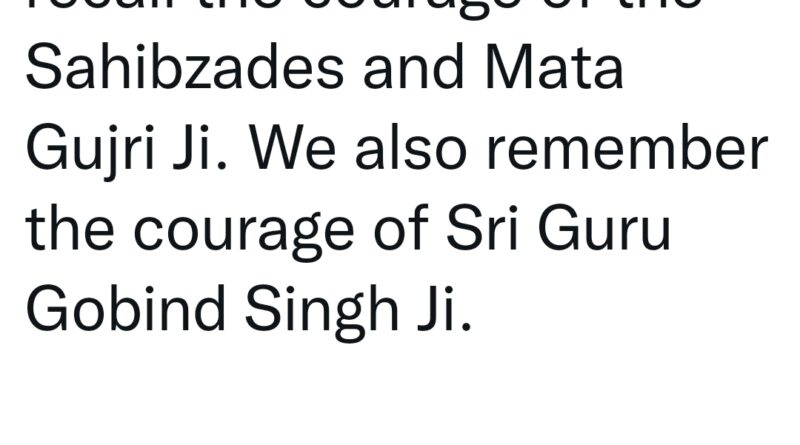 This information has been given by the Prime Minister’s Office. Prime Minister Narendra Modi and wrote on twitter that PM will participate in ‘Shabad Kirtan’ to be performed by around 300 bal kirtanis and flag off the ‘march-past’ to be performed by around 3,000 children, the PMO said in a statement.
Prime Minister Modi remembered the martyrdom of the Sahibzadas of Sri Guru Gobind Singh Ji and saluted them. “On Veer Bal Diwas, we remember the courage of Sahibzadas and Mata Gujri ji. We also remember the courage of Sri Guru Gobind Singh Ji. Today at 12.30 pm, I will join the program to celebrate this inspirational day.”
Meanwhile, SGPC has objected to the name ‘Veer Bal Diwas’ and wanted it to rename and observe day as ‘Sahibzada Shaheedi Diwas.’