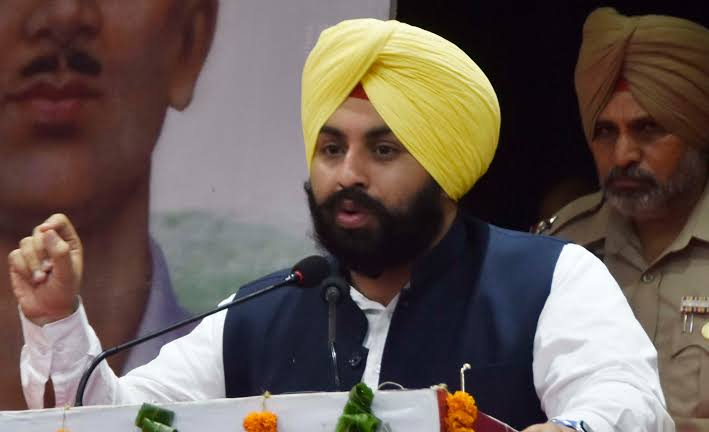 Chandigarh: Reiterating his government’s firm stand against exorbitant fees structure and loot by private schools, the Education Minister, Punjab, Mr. Harjot Singh Bains on Monday said that Punjab government will not allow any private school in the state to loot the students and their parents and strict action will be taken against any private institution who violates the rules.

Mr Bains said that the Chief Minister Mr. Bhagwant Mann categorically said that he will not allow education to become a business in Punjab. Every private institution has freedom to function according to the rules laid down by the department, but strict action will be taken against those who indulge in arbitrariness and irregularities.

Disclosing this here today, the Education Minister said that the Fee Regulatory Body, Patiala has directed two private schools in the district to refund the excess fees charged during the academic year 2022-23 to the students. Both the schools have also been fined for violating the ‘The Punjab Regulation of Fees of Unaided Educational Institutions Act’.

Mr Bains said that in view of the instructions issued by the Punjab Government regarding the fees for the year 2022-23, an inquiry was conducted on the complaints of various schools in district Patiala, on the basis of which the Chairperson of the Fee Regulatory Body, District Patiala, has directed the Chairperson of The Ryan International School, Urban Estate Phase-II and KSB School, Patiala. World School Burar, District Patiala has also been fined Rs 2 lakh and Rs 1 lakh respectively and asked to refund the excess fees collected from the students during the academic year 2022-23 and violating the rules.

He said that during the surprise inspection conducted by the fee regulatory body regarding these schools, errors were found, for which show cause notices were issued to the said schools. He said that action has been taken against the two schools for not furnishing satisfactory reply regarding the fee hike.

Notices have been issued to the two schools and they have been directed to comply with the orders within a week, he said. In case of non-compliance of the orders, further action under Section 14 of the Fees Act, 2016 will also be initiated by the Fee Regulatory Body, Patiala against the school.