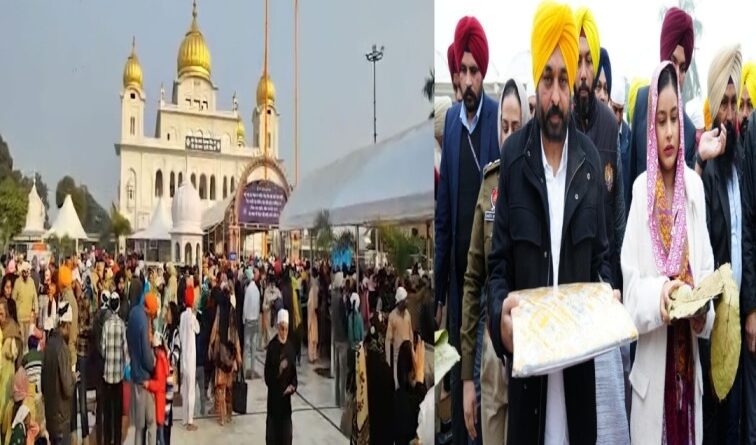 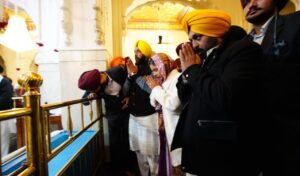 The Chief Minister said that chotta sahibzadas Baba Zorawar Singh and Baba Fateh Singh had attained martyrdom along with their grandmother Mata Gujri ji at this holy place during their fight against the atrocious Mughal empire. He said that this sacred land is a source of inspiration not only for Sikh community but for the entire humanity. Bhagwant Mann said that the entire Punjab observes this month as ‘month of mourning’ as the chotta sahibzadas were bricked alive by the tyrant rulers during these days.

The Chief Minister said that that Baba Zorawar Singh and Baba Fateh Singh, the chotta Sahibazadas of Dashmesh Pitaah Sri Guru Gobind Singh, attained martyrdom at a tender age. He said that people from cross sections of society head towards Fatehgarh Sahib for paying obeisance to supreme sacrifice of Chotta sahibzadas and Mata Gujri ji. Bhagwant Mann said that the supreme sacrifice made by the younger Sahibzadas at such a young age hardly finds any parallel in world history.

The Chief Minister said that martyrdom of Sahibzada Zorawar Singh and Sahibzada Fateh Singh along with Mata Gujri ji at this pious land had since ages inspired Punjabis to fight against injustice, tyranny and oppression. He said that they showed exemplary courage and fearlessness to stand up against the might of the Mughal Governor of Sirhind. Bhagwant Mann said that that the younger generations need to be made aware of this supreme sacrifice to inspire them to make selfless sacrifices for the country.