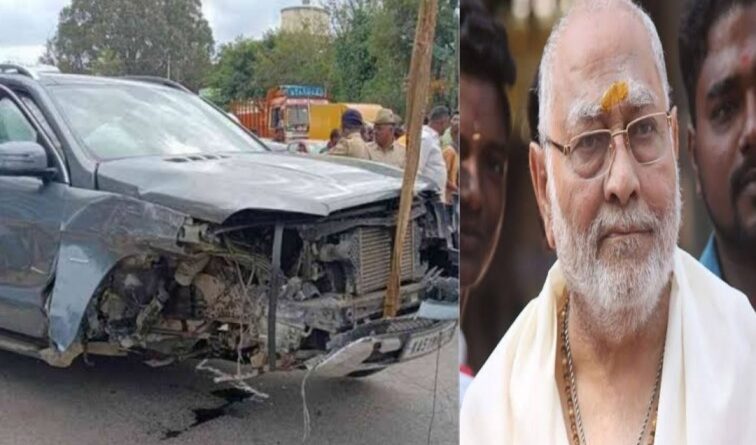 Prahlad Modi and his family members were in the car at the time of the accident. All of them sustained minor injuries and have been taken to a hospital in Mysuru for treatment.
Prahlad Modi was going to Bandipora in a Mercedes Benz car with his wife, son, daughter-in-law and grandson when it collided with the divider at today afternoon. According to the police, the injuries are not said to be serious.