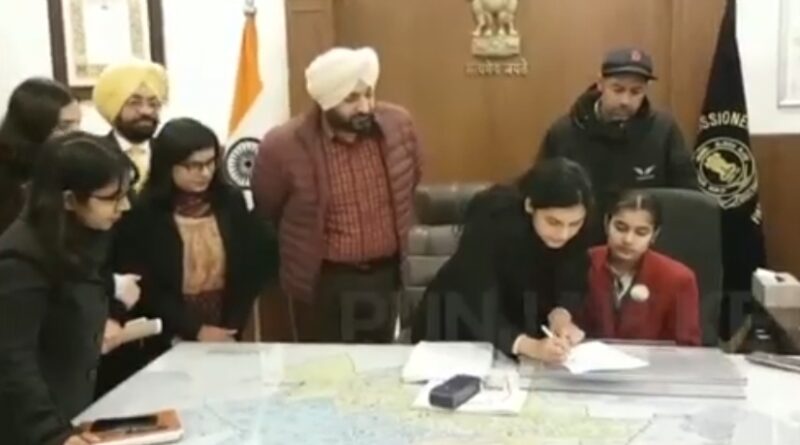 Punjab
December 27, 2022 punjabenews Dc patiala, Deputy Commissioner of Patiala, Under new initiative of the government the school girl appointed as Patiala DC for one day

Chandigarh: In order to make the students of government schools aware of the administrative work, a class X student of Government Smart School Model Town, has been appointed as the Deputy Commissioner of Patiala for a day.

On the orders of the Chief Minister, under the supervision of Sakshi Sahni, the student, Mehfoza, held meetings with various departments and also inspected the record room. Makhan Khan, father of the girl, a resident of Inderpura, thanked Chief Minister Bhagwant Mann and the Deputy Commissioner along with the Punjab government.