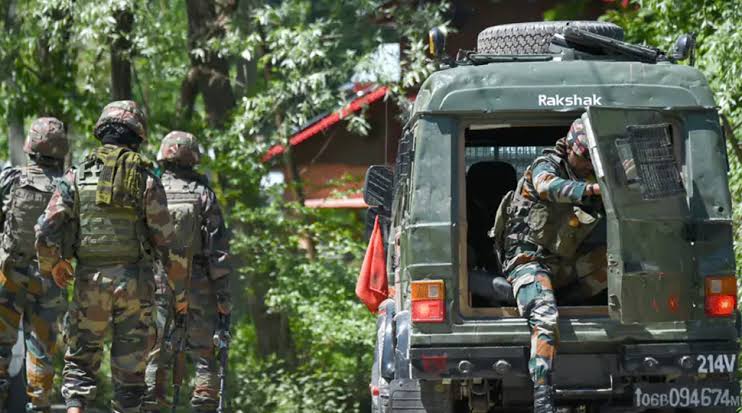 New Delhi: Four militants were killed in an encounter between security forces and militants in Jammu’s Sidhra area in the early hours today. The encounter started at 7.30 am in dense fog near Tawi bridge in Sidhra bypass area on the Jammu-Srinagar national highway.

Additional forces were sent to the area to neutralise the militants.
The militants were intercepted near Tawi bridge when they were on their way to Kashmir in a truck. Seven AK-47 rifles, M4 rifles, three pistols and other weapons were recovered from the bodies of the terrorists.