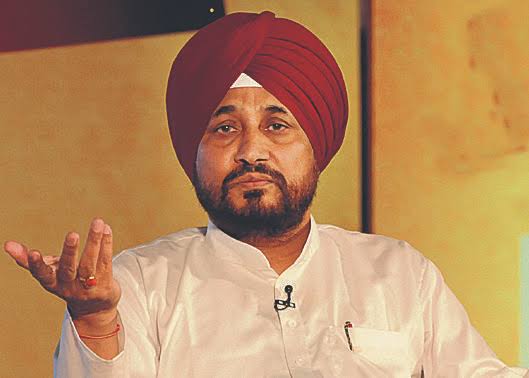 Chandigarh: Shocking allegations of corruption have been levelled during the inaugural ceremony of Dastan-e-Shahadat at Chamkaur Sahib. It said that an expenditure of Rs 1.47 crore was shown on the inauguration ceremony only so that the cost of the marriage ceremony of the son of former Chief Minister Charanjit Singh Channi could be adjusted in it.

In this case, Chief General Manager of Punjab Tourism S.K. Chadha and executive engineer Premchand have been accused of embezzling crores of rupees.
This complaint has been given to the Vigilance Bureau by Rajwinder Singh, a resident of Bathinda. After which a senior vigilance officer has started an investigation into the matter and it is also worth mentioning that former Chief Minister Charanjit Singh Channi is also mentioned in the complaint.
It has been alleged in the complaint that this manipulation has been done in the expenses of the opening ceremony of Dastan-e-Shahadat to adjust the expenses incurred on the marriage of the son of former CM Channi.
According to the complaint, S.K. Chadha has violated the Punjab Transparency in Public Procurement Act, 2019. On 17/11/2021, 4 tenders were issued for the arrangements for the dastan-e-shahadat event. All the four tenders were called on the same day on 17/11/2021 and technical bids were also opened on the same day. This technical bid was also accepted on the same day.
Not only this, tenders were also allotted on the same day by opening financial bids. The entire tender process was completed in a single day. It is noteworthy that only one builder was approved in all the tenders. The complainant has also compared the cost of the theme park with the rates fixed by the Election Commission.
All these tenders showed an expenditure of 166 times more than the prescribed amount. Arrangements made by the Tourism Department for the event, in which rates were fixed more than 20 times for tents, food, flower decorations, stages, etc.
For example, in the catering tender, tea costing ₹12 per cup was shown as ₹1000 per cup. The price of lunch was also pegged at Rs 15 per person at Rs 2,000 per person. The plate of full chickpeas of Rs 25 was said to be 250 rupees.
In the tender for the tent, the centre table with a cover cost of ₹120 was shown as ₹400. The price of 2 sofa sets of ₹330 was written at ₹1500 for each sofa. The price of the ₹13 luxury chair was stated to be ₹800. All the facts have also been given in the complaint given by the complainant to the Vigilance Department.