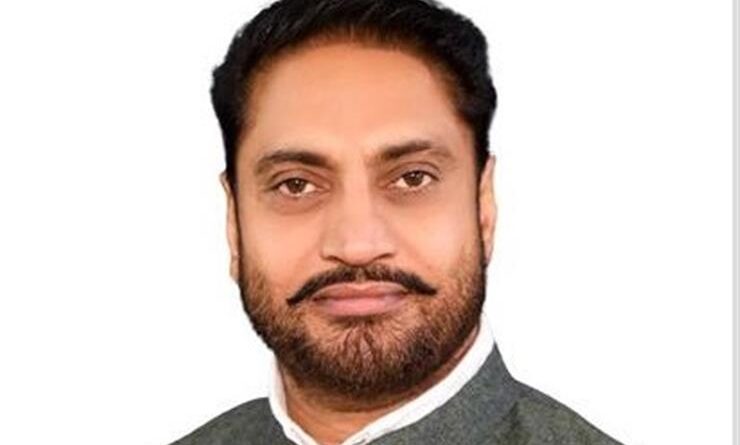 Chandigarh: Mohali Municipal Corporation Mayor Amarjeet Singh Sidhu has been removed from the post of councillor by the Punjab government. The orders, signed by Vivek Partap Singh IAS, Principal Secretary, Local Government Department, Government of Punjab, said that the government was left with no option but to remove Sidhu from the post of councillor for violating Section 63 of the Punjab Municipal Corporation Act, 1976.

“The Governor of Punjab, in exercise of the powers conferred by Section 36 of the Punjab Municipal Corporation Act, 1976, orders the removal of Amarjit Singh Sidhu from the post of councillor. The order has a date of December 28.
It may be recalled that a letter was given on August 11 to the Additional Chief Secretary Local Government under the signatures of some councillors and former councillors of Mohali Corporation including Sukhdev Singh Patwari, Gurmeet Kaur, Aruna Vashisht, Ravinder Singh, Karamjit Kaur, Sarbjeet Singh Samana, R P Sharma and Phoolraj Singh (former councillors).
It was alleged in the letter that Amarjeet Singh Sidhu, mayor, misusing his position, had allotted works worth crores of rupees to his own labour society “Amritpreet Cooperative L/C Society Limited”, of which he himself is a member.
Sidhu is the Mayor of the Corporation as well as the Chairman of F&CC which contracts the work orders of all the works. This is directly a clash of interests on the misuse of government office.