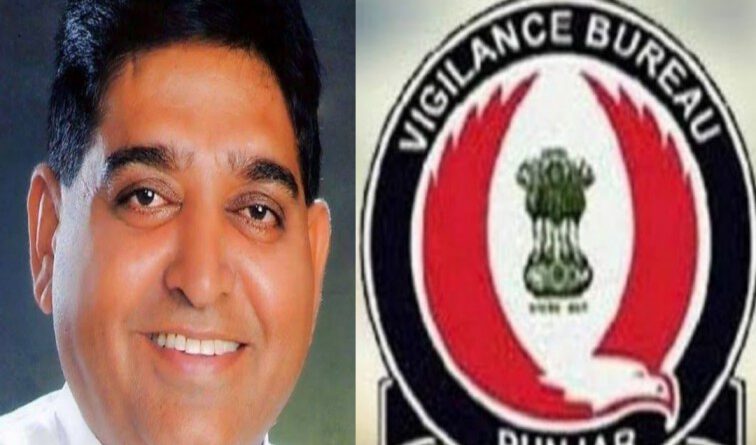 Punjab News: The Punjab Vigilance Bureau (VB) on Thursday registered a criminal case against former minister Sunder Sham Arora and 10 government officers/officials for transferring/bifurcation of an industrial plot to a realtor company and allowing it establish township by cutting plots. In this case three owners/partners of a realtor firm, Gulmohar Township Private Limited have also been booked.

Disclosing this here today a spokesperson of the state VB said aiming to promote the industry, the Punjab Government had allotted 25 acres of land to Anand Lamps Limited through a sale deed in the year 1987 which was later transferred to a firm named Signify Innovations. This plot was then sold to Gulmohar Township through a sale deed by the Signify Innovations after procuring no objection certificate from the Punjab State Industrial Development Corporation (PSIDC). On 17-03-2021, then industry and commerce minister Sundar Sham Arora forwarded a letter to then MD PSIDC received from Gulmohar Township for further bifurcation of plots.

The committee headed by SP singh had approved the proposal of above said realtor firm to bifurcate plots from 12 plots to 125 plots without taking notice of proposal report, project report, articles of association and memorandum of association in this regard. In addition to this, the said committee had recommended the proposal of Gulmohar Township without consulting Punjab Pollution Control Board, Municipal Corporation, Electricity Board, Forest Department, State Fire Brigade etc.

During investigation by the Forensic Science Laboratory, it has been found that two pages of the noting on file didn’t match with the rest of the pages attached in file. It was found that the above said committee members have attached fake documents and didn’t not scrutinised the said application/proposal thoroughly.

The spokesperson further added that according to the deed of 1987, this plot was to be used for industrial purposes only and the said Gulmohar Township has no such background.

He further added that according to the rules of the PSIDC, the fee for plots was to be charged at the rate of Rs.20 per yard and Rs.3 per year from the year 1987, which was a total fee of Rs.1,51,25,000 for a total of 1,21,000 square yards. It was astonishing that the accused firm had already attached pay order with the application while no one from the PSIDC had demanded it. Due to which the Punjab Government has incurred a financial loss of Rs. 1,23,42,000.

He informed that during the probe it was found that if this plot was to be sold as per the instructions/rules of the state government, the government would have got an income of 600 to 700 crores. At the time of sale of 125 plots by Gulmohar Township, no proposal report, project report, articles of association and memorandum of association was demanded from any buyer party and sold all the plots illegally.

He informed that by doing this, the above committee members including Mrs. Neelima, then MD and former minister Sundar Sham Arora colluded with each other and misused their official positions to give unfair advantage to the owners/directors of Gulmohar Township Company Jagdeep Singh, Gurpreet Singh and Rakesh Kumar Sharma.

In this regard the VB has registered a case under section 13 (1) (a), 13 (2) of prevention of corruption act and 409, 420, 465, 467, 468, 471, 120-B of IPC at VB police station Mohali, Punjab against all the above mentioned accused officers/officials of PSIDC and former minister. The role of other persons would also be investigated during the investigation, he said.