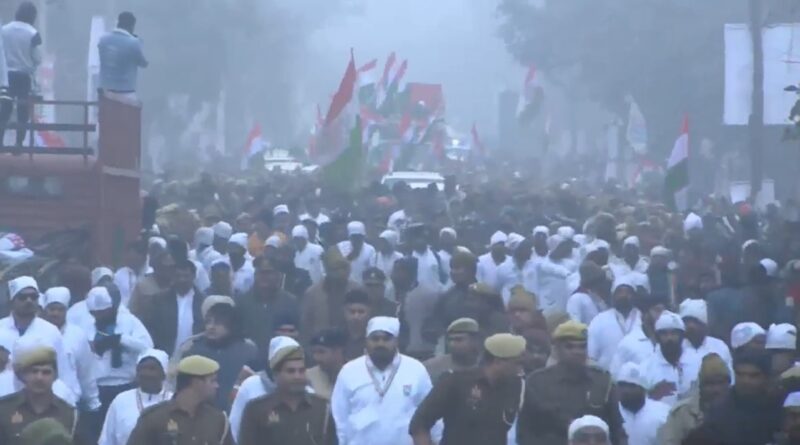 Punjab News: The Congress’s ‘Bharat Jodo Yatra’ resumed at yesterday after a night halt at Village Elam in Shamli district of Uttar Pradesh and entered the neighbouring state of Haryana on Thursday late in the evening. Before entering Haryana, a large number of people joined the yatra holding the tricolour in their hands despite the severe cold. However, after the yatra entered Haryana, Rahul Gandhi left for Delhi to meet his mother Sonia Gandhi.

The yatra, which started from Kanyakumari on September 7 last year, will culminate on January 30 after Rahul Gandhi unfurled the tricolour in Srinagar. The yatra had entered Uttar Pradesh through Loni border in Ghaziabad on Tuesday.