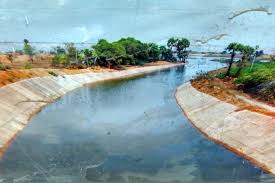 Punjab News: Four young friends from the nearby village of Lakha had left their homes to celebrate their birthdays, but on the way, they fell into the Dalla canal along in their car.

Two of these youths got stuck in the water, while two were rescued by the people of village Dalla. The incident took place when Dilpreet Singh (23), son of Hardev Singh, whose birthday was on his way to Dalla from village Malla in a Zen car number DS 3C 3430 along with his three other friends Satnam Singh, Iqbal Singh and Manjinder Singh.