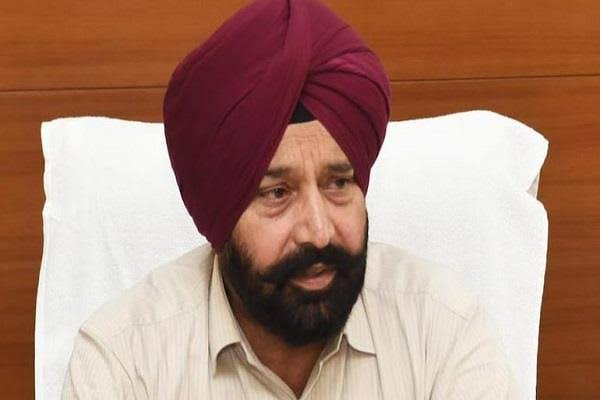 Punjab News: In a major development, Punjab Horticulture and Food Processing Minister Fauja Singh Sarari has resigned from his post.

According to the sources, it has been learnt that there is a possibility of a major reshuffle in the Punjab Cabinet. Cabinet minister Fauja Singh Sarari resigned citing personal reasons and said he was a loyal soldier of the party and would always remain so.
Fauja Singh was embroiled in a controversy after the audio went viral. Apart from this, the portfolios of many ministers are likely to be changed. New faces may get a chance in the Punjab cabinet. The swearing-in ceremony is likely to take place at a simple ceremony at the Governor’s residence before 5 pm today.