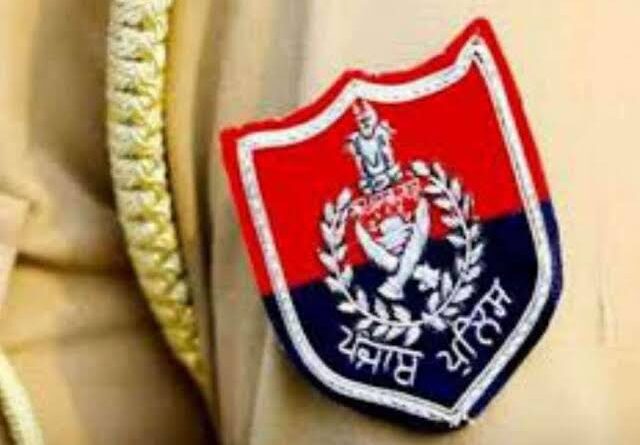 Crime Punjab
January 9, 2023 punjabenews firing between the police and the robbers in phagwara, law and order situation in punjab, martyrdom of Constable Kuldeep Singh Bajwa, policeman died due to bullet injuries in phagwara

Punjab E News: The law and order situation in the state has once again come under question. The matter has come to light from Phagwara where there was a fierce exchange of fire between the police and the robbers late in the night. Due to which a policeman died due to bullet injuries.

According to the information received, the police had arrested three robbers during the encounter while one managed to escape. Three robbers were also injured in the firing.
Let me tell you that the robbers snatched a person at pistol point and were running away with a vehicle, after which the police team was chasing the vehicle after receiving a complaint. As soon as the robbers reached near Phillaur, they opened fire, due to which a policeman was seriously injured due to bullet injuries, who was declared dead by the doctors on being admitted to the hospital.
On the other hand, Punjab Chief Minister Bhagwant Mann has announced compensation for the martyred police personnel.
Chief Minister Bhagwant Mann expressed grief over the martyrdom of Constable Kuldeep Singh Bajwa, who was martyred in the line of duty. An ex-gratia amount of Rs 1 crore will be given by the Punjab government. An insurance payment of Rs. 1 crore will be made by HDFC Bank. We stand with our martyrs and their families in this difficult time.