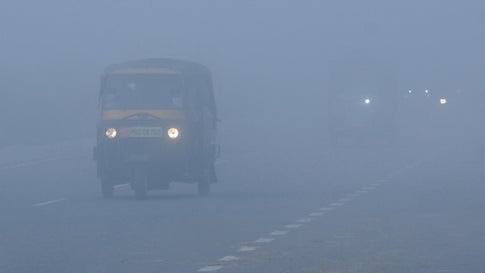 Punjab E News: Severe cold and dense fog continues to grip Punjab. Dense fog coupled with severe cold in several districts of the state on Tuesday caused inconvenience to the people. Due to this, the minimum temperature of many cities has come down. At the same time, there is a possibility of rain in many areas of the state from Wednesday.

Apart from Pathankot, Gurdaspur, Amritsar, Tarn Taran, hoshiarpur, Nawanshahr, Kapurthala and Jalandhar districts may receive rain at a few places. This will continue till January 13. On the other hand, the weather is likely to remain dry in Ferozepur, Fazilka, Faridkot, Muktsar, Moga, Bathinda districts of west Malwa region.
Due to dense fog, the sun is not being seen in Punjab, Chandigarh and Haryana, so the people of Himachal Pradesh are enjoying its warmth. Shimla, known as the queen of the mountains, has been witnessing hot days, while in Chandigarh, Amritsar, Bathinda, Ludhiana, Ambala, Karnal and Delhi, the cold wave has added to the woes of the people.