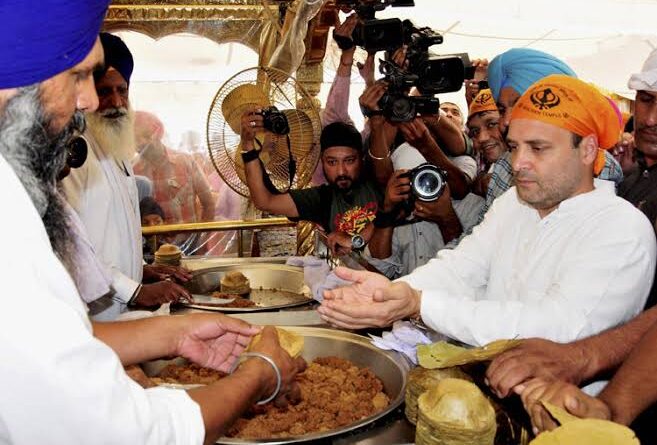 Chandigarh: Senior Congress leader Rahul Gandhi is currently on a ‘Bharat Jodo Yatra’. According to the information received, Rahul Gandhi will reach Amritsar by a chartered flight. Today, he will pay obeisance at Sachkhand Sri Harmandir Sahib.

After paying obeisance at Sri Harmandir Sahib, Rahul Gandhi is also scheduled to visit Jallianwala Bagh, Durgiana Temple and Ramtirath.
According to media reports, after paying obeisance at Sri Harmandir Sahib, Rahul will return to Ambala at 4 pm and on the morning of January 11, the Bharat Jodo yatra will enter Punjab from shambhu border on Delhi-Amritsar NH-1. Media reports have also revealed that he will also be staying at Sirhind on the first night during his visit. This may have to be done because there is no route to Amritsar in Rahul’s journey.
Earlier, Rahul Gandhi’s yatra had entered Kurukshetra district from Karnal on Sunday. A large number of people participated in it. He then reached Ambala where he also addressed the nukkad sabha.