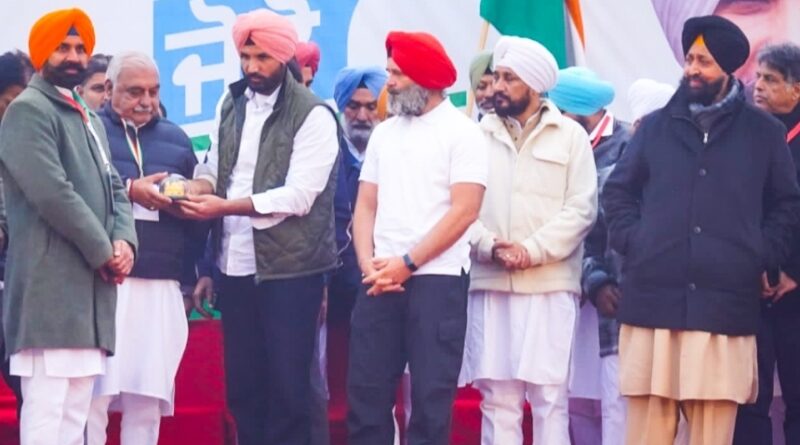 Chandigarh: Rahul Gandhi’s ‘Bharat Jodo Yatra’ has begun in Punjab. Before embarking on the yatra, Rahul Gandhi first paid obeisance at the Gurdwara in Fatehgarh Sahib built in memory of the younger Sahibzadas. After this, he went to pay obeisance in mosque. 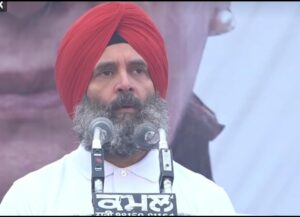 Today he is wearing a red turban, while walking in the journey. Yesterday, a saffron-coloured turban was worn by him to pay obeisance at Sri Harmandir Sahib.
The special thing is that Rahul has been given the highest security in Punjab so far in the Bharat Jodo Yatra in which the Punjab Police has maintained a security cordon on both sides and back.
Addressing the beginning of the yatra, Rahul Gandhi said that hatred is being spread in the country. The RSS-BJP people are engaged in fighting one religion with another, one language with another. They have spoilt the atmosphere of the country. We should show the country the other way of love, unity and brotherhood.