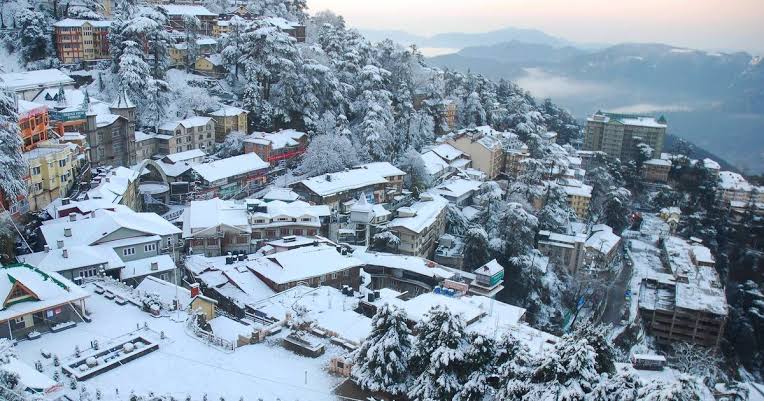 Chandigarh: Nine districts of Himachal Pradesh received snowfall in the last 12 hours today, bringing relief to the people from the prolonged dry cold.

Shimla received rainfall at night, while nearby hill stations like Kufri and Narkanda received 1 to 2 inches of snow. Manali also received two inches of snow. Several places including Dharamsala and Chamba received rainfall.
As many as 200 roads, including three national highways, are closed for traffic due to snowfall. As soon as the news of snowfall spread, a crowd of tourists started moving towards Shimla. The snowfall has also brought prosperity to hoteliers who are hoping for good business in the winter.