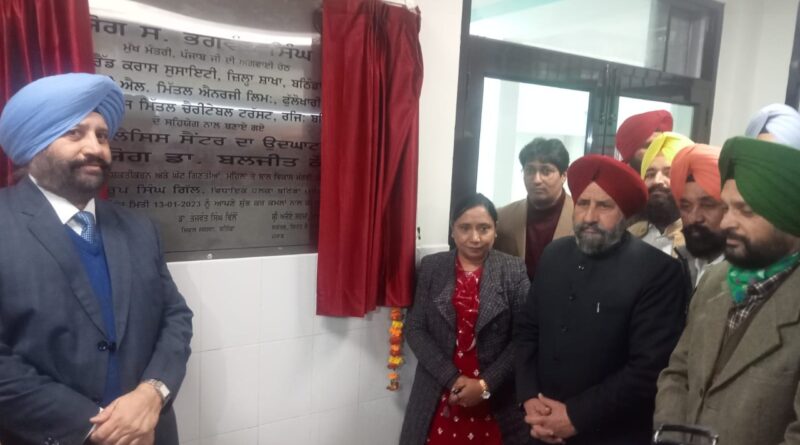 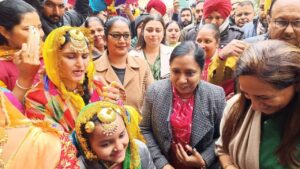 She said that nowadays girls are not less than boys in any field. Therefore, it is the duty of parents to respect their daughters like sons. On this occasion, MLA of Bathinda constituency Jagroop Singh Gill, MLA from Bhucho Constituency Master Jagsir Singh was specially present.

On this occasion, Cabinet Minister Dr. Baljit Kaur while addressing the public said that state government run by Chief Minister Bhagwant Mann is elected by the common people. Public welfare works are being done by the government on priority basis. Apart from providing education and health services, the government is also fully committed to the safety of women.
Cabinet Minister Throwing light on the importance of Lohri festival, Dr. Baljit Kaur said that this festival is also known as Dulla Bhatti, because special priority was given to the protection of women by Dulla Bhatti. Talking about the freedom of women, she said that they should not be discriminated in any way. She said that daughters should be respected like sons. She also said that women are nominal in the field of crime, but they have succeeded in preventing crime in large numbers. 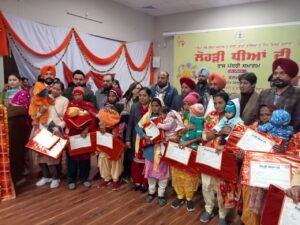 On this occasion, Cabinet Minister Talking to the media, Dr.Baljit Kaur said that “Dhiyan di Lohri” is being celebrated on a large scale by the state government. Under this, a week is being celebrated from 13 to 20 January across the state to give respect to daughters like sons. Cabinet minister said that the government will also specially honor the girls who are achieving success in various fields and awareness will be spread to increase the sex ratio apart from the safety of women.
Cabinet Minister Dr. Baljit Kaur said that the data regarding the amount of Rs 1000 per month that will be given to women has been prepared. Soon this amount will be started to be provided to them. She said that the state government is also making special efforts to provide employment to the youth. More than 25000 government jobs have been provided by the government in a very short period of time. She said that soon 6000 new posts of Anganwadi workers and helpers etc. are being released.

Madhvi Kataria, Director Social Security and Women and Child Development Department, while addressing, shared information about the public welfare schemes being run by the department for the welfare of women, inviting them to increase respect towards daughters.

On the occasion of this state-level function, 51 new-born daughters were celebrated and apart from their mothers, talented girls who excelled in various fields and prominent personalities were also honored. During the event, apart from Giddha, Gatka was also shown by the girls.

Before this, Cabinet Minister Dr. Baljit Kaur at local civil hospital Bathinda Dialysis center constructed by Red Cross Society Bathinda with the support of HPCL (Mittal Energy Limited Phulokhari) and Diwarka Das Mittal Charitable Trust Registered Bathinda at a cost of Rs 78 lakh was also inaugurated. On this occasion, she said that 9 modern machines have been installed here for free dialysis for common people, where the poor and common people will be given free dialysis.

Cabinet Minister said that the state government has made great strides in the field of education and health. Aam Aadmi Clinics opened by the government are proving to be helpful in providing basic health services to the people. She said that no shortage of medical staff and other infrastructure will be allowed in the hospitals.