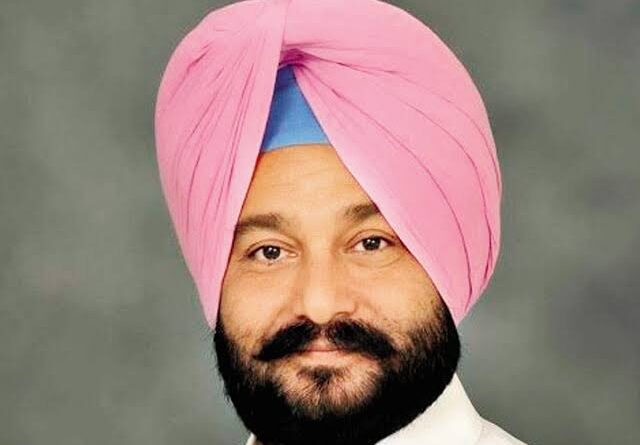 Chandigarh: The Vigilance Bureau has launched a probe against former Revenue Minister Gurpreet Singh Kangar in a case of amassing assets disproportionate to his known sources of income. Kangar is currently the BJP’s state general secretary. The investigation against him had started some time ago and now the case has been handed over to a senior officer of the Punjab Vigilance Headquarters.

The vigilance officers have started unearthing the benami properties of Kangar in Punjab and other states and a lot of details have been found in the hands of the investigating agency.
The details of Kangar’s tenure as revenue minister in Amarinder Singh’s government are being particularly focused on it. According to sources, records of the property of the Kangar family have also been obtained from the revenue department.
Details of their close relatives are being collected who have been vocal during the Congress government. The vigilance is also keeping an eye on the officers and employees posted with them from other departments. According to the information, one or two suspected officers of the Revenue Department may also fall on the vigilance.
A senior vigilance bureau official confirmed that a probe has been initiated into Kangar’s property. He said the former revenue minister may be summoned when the probe is completed.
The Vigilance is also collecting facts about Kangar’s participation in the luxurious ‘outlet’ opened near Handia. According to sources, details of a private colony in Bathinda city have also been collected by the vigilance. Kangar’s son Harmanvir Singh Dhaliwal had purchased two acres of land on August 18, 2021, from Lakhvir Singh alias Lakhi, a resident of Handia, who was close to the Badal family, whose value has been shown in the registry as Rs 20 lakh.
Similarly, his son Harmandeep Singh’s name was also in the list of land vacated by the Panchayat Department under illegal occupation in Mohali district. Kangar was among the four Congress ministers when the Congress high command withdrew their portfolios.
Kangar had also come into limelight when the Punjab Cabinet on September 17, 2021, approved the appointment of Kangar’s son-in-law Gursher Singh as excise and taxation inspector on compassionate grounds in the excise department.