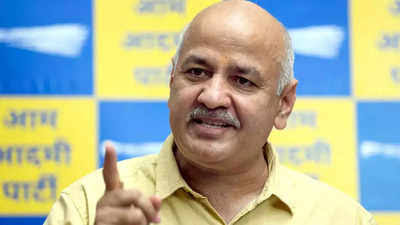 New Delhi: The Central Bureau of Investigation (CBI) on Monday raided deputy Chief Minister Manish Sisodia’s office in Delhi Secretariat. Meanwhile, he claimed that the CBI had not received anything earlier and will not get anything even now.

Deputy CM Manish Sisodia tweeted and claimed, “Today again the CBI has reached my office. They are welcome. They raided my house, raided my office, searched the locker, even searched my village. Nothing has been found or found against me because I have not done anything wrong. I have sincerely worked for the education of the children of Delhi.”
CBI sources said that they have not raided the office of Deputy CM Manish Sisodia. At present, there is no official information from the CBI.