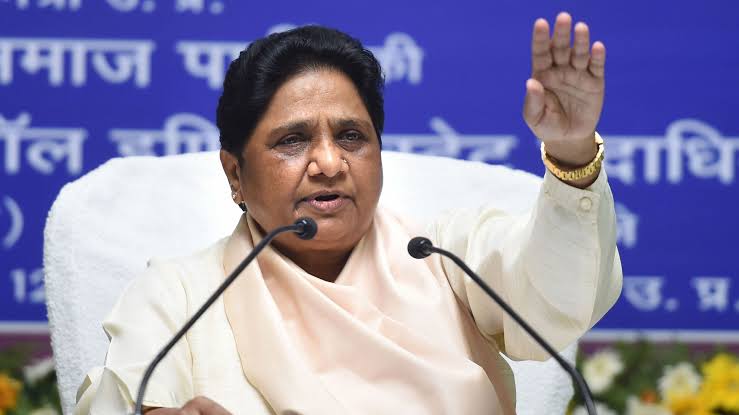 New Delhi: On the occasion of her 67th birthday, BSP supremo Mayawati has announced that her party will not have an alliance in the upcoming assembly elections and lok sabha elections.

She said the BSP will keep the alliance only in Punjab as the voting percentage has increased due to its alliance with the Shiromani Akali Dal( SAD).
She said that the Shiromani Akali Dal (SAD) is a party of the common people which strives to solve the problems of the people.
Bahujan Samaj Party (BSP) president and former Uttar Pradesh chief minister Mayawati has said, “I demand elections through ballot papers instead of electronic voting machines. At the same time, she announced that he will contest the assembly elections to be held in many states this year and the Lok Sabha next year on his own.
She has said that there are many apprehensions among the people about conducting elections through EVMs in the country and it would be better to eliminate them.