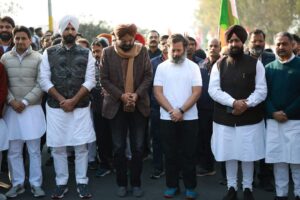 His son, who was gunned down by gangsters, had contested Vidhan Sabha elections on the Congress ticket. However, he suffered a defeat from AAP candidate.
Meanwhile, Balkaur has been demanding justice for his son citing that main culprits have not been arrested yet.