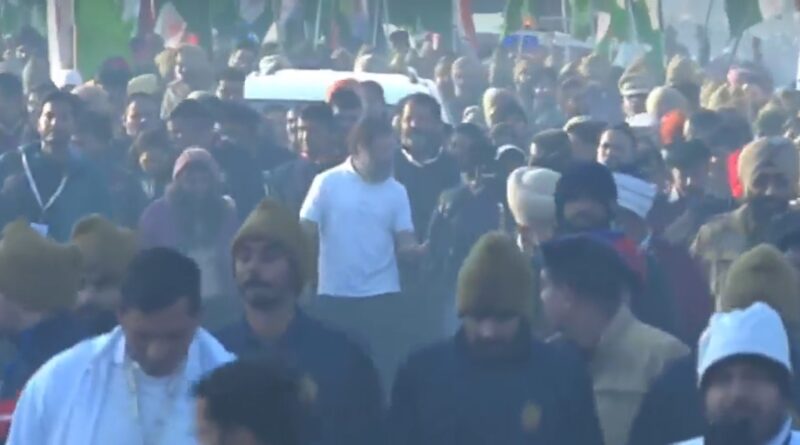 Jalandhar: This is the fifth day of Congress leader Rahul Gandhi’s ‘Bharat Jodo Yatra’ in Punjab. Today, the Bharat Jodo Yatra will go to Hoshiarpur via Jalandhar rural area.

According to the information received, the Bharat Jodo Yatra has left from Adampur in the morning for Tanda Udur, which will be stayed at Tanda in Hoshiarpur.
According to the information received, the yatra will be held in two phases on Monday, in which Rahul Gandhi will travel about 23 km on foot with his supporters. Rahul Gandhi will first stop at Bhogpur while starting the yatra from Avtar Regency near Kala Bakra in Jalandhar.
The special thing about this journey is that now the travel time has been changed. According to media reports, due to security reasons and dense fog, the Punjab Police did not give consent to take out the yatra at 6 am, after which the yatra started at 7 am.
Balkaur Singh, father of late singer Sidhu Moosewala, had attended Congress leader Rahul Gandhi’s ‘Bharat Jodo Yatra’. He was seen walking hand in hand with Rahul Gandhi during the journey that started from Jalandhar.