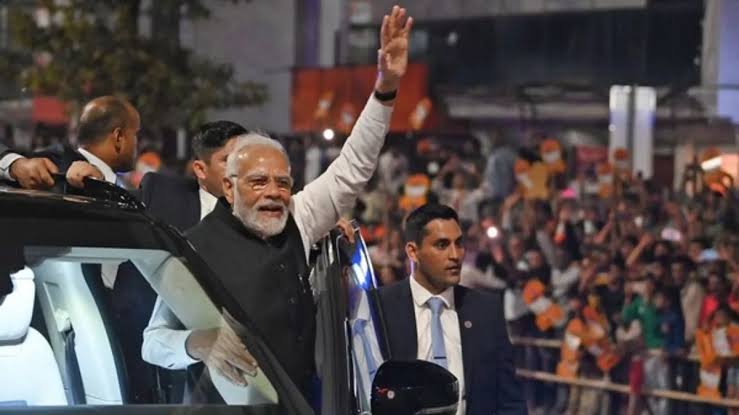 New Delhi: A roadshow was organized for Prime Minister Narendra Modi in BJP Delhi. The roadshow was held from Patel Chowk to the NDMC Convention Centre.

BJP’s national executive meeting is being held at NDMC Convention Center in Delhi. BJP meeting will last for 2 days. In the meeting, discussions will be held regarding Lok Sabha and Assembly elections. The meeting is attended by CMs of 12 states and 35 Union Ministers. PM Modi-JP Nadda started the meeting.