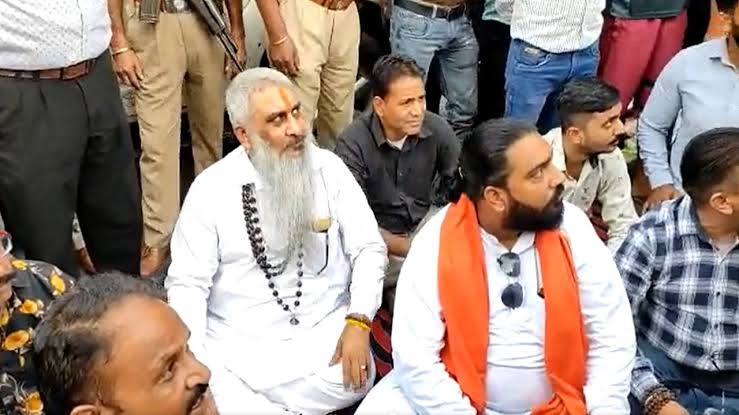 Spread the News
Chandigarh: The police have now summoned four former members of the Gopal Temple Committee in connection with the murder of Shiv Sena leader Sudhir Suri. The police are investigating the murder case of Sudhir Suri and are collecting evidence. According to sources, the police suspect that apart from Sandeep, other people are also involved in this murder conspiracy.
A former member of the temple committee has also been questioned by the police yesterday. Police also suspect that Sudhir Suri had reached the Gopal temple on the invitation of a member of the temple committee.
The police have now appealed to the companies for call details and location of some of the suspects to get to the bottom of the matter. According to sources, the SIT formed in this case has found some evidence, on the basis of which the number of accused can increase.
Suri was killed on October 4 when he was protesting in front of the Gopal temple against the vandalism of idols. It is alleged that Sandeep reached there in a car at the same time and fired several bullets from behind on Suri with his pistol. Suri died on the way to the hospital.