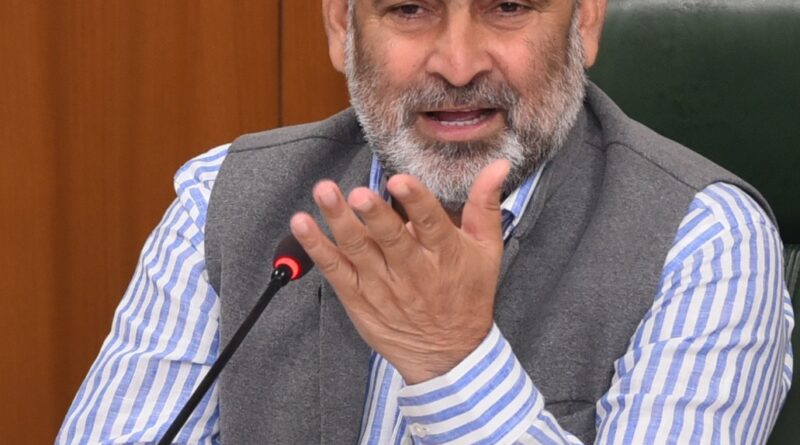 Till now, 180 LMT of paddy procured

Amount to tune of Rs. 34000 crore credited into accounts of farmers

Chandigarh:  The Punjab Chief Minister Bhagwant Mann led State Government had made a firm commitment to all the stakeholders viz. Farmers, Labourers, Millers and Arhtiyas before the start of paddy procurement season about ensuring the uninterrupted procurement. That the Government has fully lived up to its commitment is proved by the fact that during the current season, 180 Lakh Metric Tonne (LMT) paddy stands procured out of the target of 184 LMT. The procurement has been made at the Minimum Support Price (MSP) of Rs. 2060 per quintal fixed by the Government of India. The rest of the procurement would also be completed by today evening.

Interacting with the mediapersons at the Anaj Bhawan here today in connection with the paddy procurement season, the Food, Civil Supplies and Consumer Affairs Minister Mr. Lal Chand Kataruchak said that this time no problem was encountered by the farmers in the mandis and procurement as well as lifting was done on time. Within mere 4 hours of the procurement, the payments were credited into the bank accounts of the farmers.

Giving more details, the Minister said that the State Government had set up 1806 traditional purchase centres in the mandis besides declaring as many as 583 public places and 37 rice mills as interim purchase centers for the facilitation of farmers and then the allotments were made. Divulging more, he said that the Food, Civil Supplies and Consumer Affairs Department has so far credited Rs. 34263.40 crore into the accounts of the farmers for the paddy procured by the agencies of the State. He also informed that the Government procurement is being ended in most of the Districts of the State and the procurement process would be completed in the few remaining pockets by today evening.

The Minister lauded the yeoman’s role played by the Department apart from the Mandi Board in ensuring hassle free procurement. Besides, he also appreciated the contribution of the Punjab Police in effectively stonewalling the illegal paddy coming from the other States by putting up Nakas at the interstate barriers.

Coming to the other issues, Mr. Kataruchak said that the verification of the blue cards would be completed by the November 30th so as to make sure that only the eligible beneficiaries are facilitated. He also expressed satisfaction that the custom milling policy of the State Government has garnered praise from the Government of India which has asked the State Government to share its expertise with the other States.

Among others present on the occasion included the Principal Secretary Mr. Rahul Bhandari, Director Mr. Ghanshyam Thori and other officers of the department.